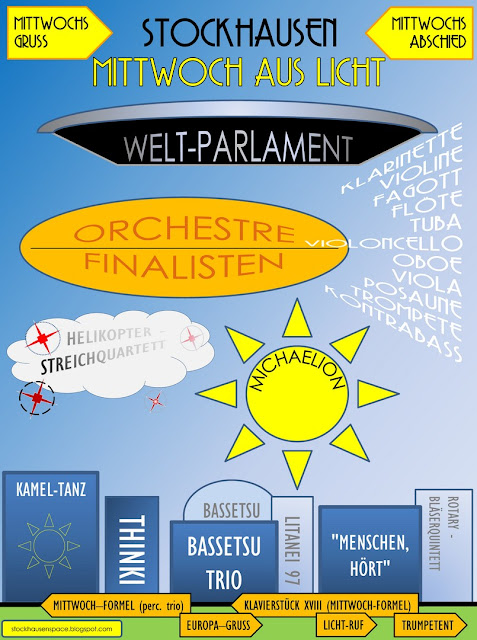 
History
MITTWOCH aus LICHT (Wednesday From Light) is the 6th opera in Karlheinz Stockhausen's "7 day" LICHT (Light) opera cycle, following FREITAG aus LICHT. The first part of MITTWOCH to be composed was the 3rd Scene's HELIKOPTER-STREICHQUARTETT, which was developed from 1992 to 1993, and premiered in Amsterdam in 1995. After the completion of FREITAG in 1994, Stockhausen composed WELT-PARLAMENT (the 1st Scene of MITTWOCH) in 1995 and premiered it in Stuttgart the following year. ORCHESTER-FINALISTEN (Scene 2) and the closing farewell, MITTWOCHs ABSCHIED (the concrete music layer for ORCHESTER-FINALISTEN) were completed in 1996 and premiered that same year in Amsterdam.
The 4th and final Scene, MICHAELION, was completed in 1997 and premiered the following year in Munich. The electronic music greeting MITTWOCHs GRUSS (also performed by live synthesizer in MICHAELION) was also created in 1997, although its "spatialization scheme" was not finalized until 2003. A full production of MITTWOCH aus LICHT was finally mounted (posthumously) in 2012 by the Birmingham Opera Company in England.

Synopsis
Like Stockhausen's 2nd and 4th operas (SAMSTAG aus LICHT and DIENSTAG aus LICHT), the four Scenes of MITTWOCH do not have a conventional narrative arc connecting them together. Instead, the theme of "cooperation and reconciliation" between the characters Michael, Eve and Lucifer is achieved through musical, visual, and spatial means. However, the settings for the opera's four Scenes logically progress through escalating environments, from WELT-PARLAMENT's domed skyscraper, to ORCHESTER-FINALISTEN's mid-air "floating" orchestra, to the swooping sky-borne choppers of the HELIKOPTER-STREICHQUARTETT, and finally to the deep space "cosmic parliament" of MICHAELION.

As in FREITAG and MONTAG, the Greeting of MITTWOCH consists of primarily electronic music projected in the opera hall foyer before the opera's 1st Scene (it's worth noting that at this point in time, keyboardist/synthesizer programmer Antonio Pérez Abellán began assisting Stockhausen in the creation of his electronic music works). 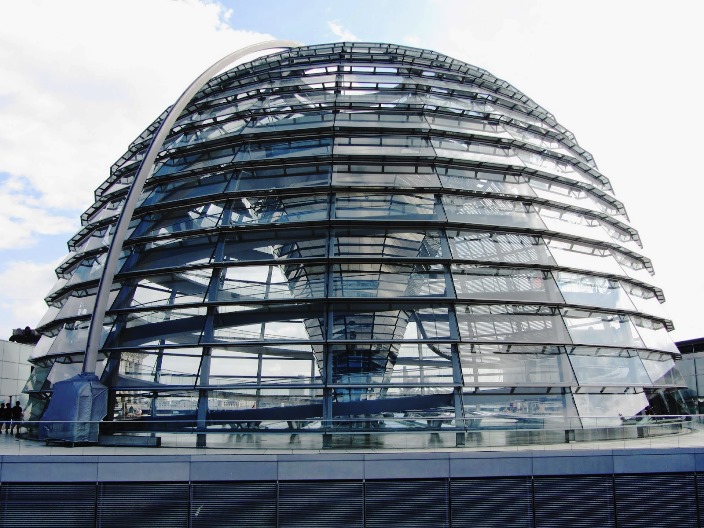 In a glass dome atop a skyscraper (sometimes with doves and helicopters flying past), members of a choral "world parliament" are called into a meeting by the President to discuss the important issues of the day, and more specifically, to debate the meaning of the word "love". This scene is performed by an a cappella choir (12 individual groups) led by a conducting/singing "President". Vocal soloists sing declarations over a polyrhythmic quilt of syllabic choral textures. Near the end, a janitor interrupts the proceedings and the President is called away to move his car. A coloratura soprano is nominated to take his leading role. At the end, the choir groups sing an ensemble tutti figure.

In this scene, the orchestra is "floating high up in the air from far away...individual soloists fly closer, each of them in/above their own space..."  These "spaces" are realized through aurally-juxtaposed, environmentally-disparate musique concrete sound effects (projected from tape, and later reprised as MITTWOCHs-ABSCHIED). Orchestra Finalists has no sung dialogue or vocal soloists, but instead features a sequence of 11 short "auditions" by different instrumental soloists performing one after another, aurally-embedded amongst the sound spaces projected by the backing collage tape. MITTWOCH's theme of cooperation is represented by the coming together of the separate soloists into a full orchestral tutti at the end of the scene (performing sequences from their audition solo parts). 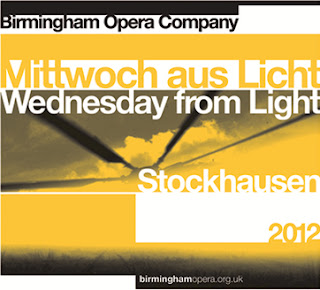 The 3rd Scene of MITTWOCH aus LICHT also omits any kind of narrative vocal dialogue. Instead, Stockhausen breaks the "fourth wall" by holding a press conference describing the Scene itself. In short order, four members of a string quartet leave the hall and climb into the cockpits of four waiting helicopters. Each of the helicopters takes off and, for roughly the next half hour, swoops around the sky above the performance hall, with closed circuit video and sound of the performing string players piped into the hall on 4 screens.

Musically, the string quartet plays energetic, swooping tremolo figures (derived from the LICHT super-formula theme). At the same time, the sound mixer in the hall blends in the close-miked sound of the helicopter rotor blades. This altitude-enabled performance is also punctuated several times by shouted counting from the string players (in different "voices" meant to suggest ethnic vocal styles from around the world). After the helicopters land, the string players return to the stage, and the Moderator interviews the 8 performers (including the 4 helicopter pilots).

The final Scene of MITTWOCH AUS LICHT is set at the MICHAELION, "a galactic headquarters for delegates of the universe". Like WELT-PARLAMENT, it also features a meeting of various characters from different locales, and here the end result is a consensus leading to the transmission of a message to the universe. It is divided into 3 main sections, with the 2nd and 3rd sections having sub-scenes...

1. PRÄSIDIUM (Presidency): A meeting is to be held to decide on a new Galactic President, who will also hopefully act as an "Operator" (inter-species translator/mediator). In this opening section, vocal soloists, choir groups and instrumental soloists perform in various layers of polyphony, creating solos, duos, trios, etc... 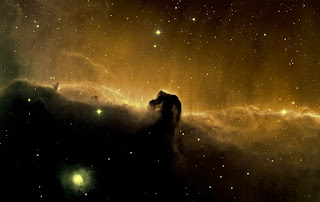 2. LUZIKAMEL (Lucicamel): In this sequence, a talking camel named LUCICAMEL appears and is eventually made Galactic President. The bass vocal inside the camel is essentially the main soloist here, accompanied by a trombone "Trombonut". The choir groups interact with the bass/trombone duo throughout. This section is divided into 5 sub-sections:

3. OPERATOR: The Galactic President (now also acting as an "Operator") interprets signals from a shortwave radio for the delegation. He then individually give audiences to 11 delegates (from different alien races) speaking in 11 different languages (characterized by the use of toy instruments). Finally, 6 delegates (with 6 of Lucicamel's globes) go out into the universe, spreading the message of Michael. OPERATOR is divided into 3 sub-sections:

The background tape used to produce the rotating, transforming "environmental spaces" for Orchestra Finalists is projected at the end of the opera performance as the audience departs.

A Cosmic Conjunction
After the darkest episodes of the LICHT saga (presented in DIENSTAG aus LICHT and FREITAG aus LICHT), MITTWOCH sees Stockhausen swinging back towards more whimsical fare, imbued with optimism. Although the characters of Michael, Eve and Lucifer do not specifically appear on stage as vocal soloists, the instrumental avatars of Michael, Eve and Lucifer (trumpet, basset horn and trombone) do form a very special "Bassetsu" trio in MICHAELION's musical climax. MITTWOCH's theme of cooperation is cleverly embodied in its four Scenes, with each beginning with a sense of disarray or skepticism, but ending in peaceful unity and collaboration. The table below lists the instrumental forces featured in each Scene and the featured performers on the premier recordings on the Stockhausen Edition label.